Great adventures are waiting for you 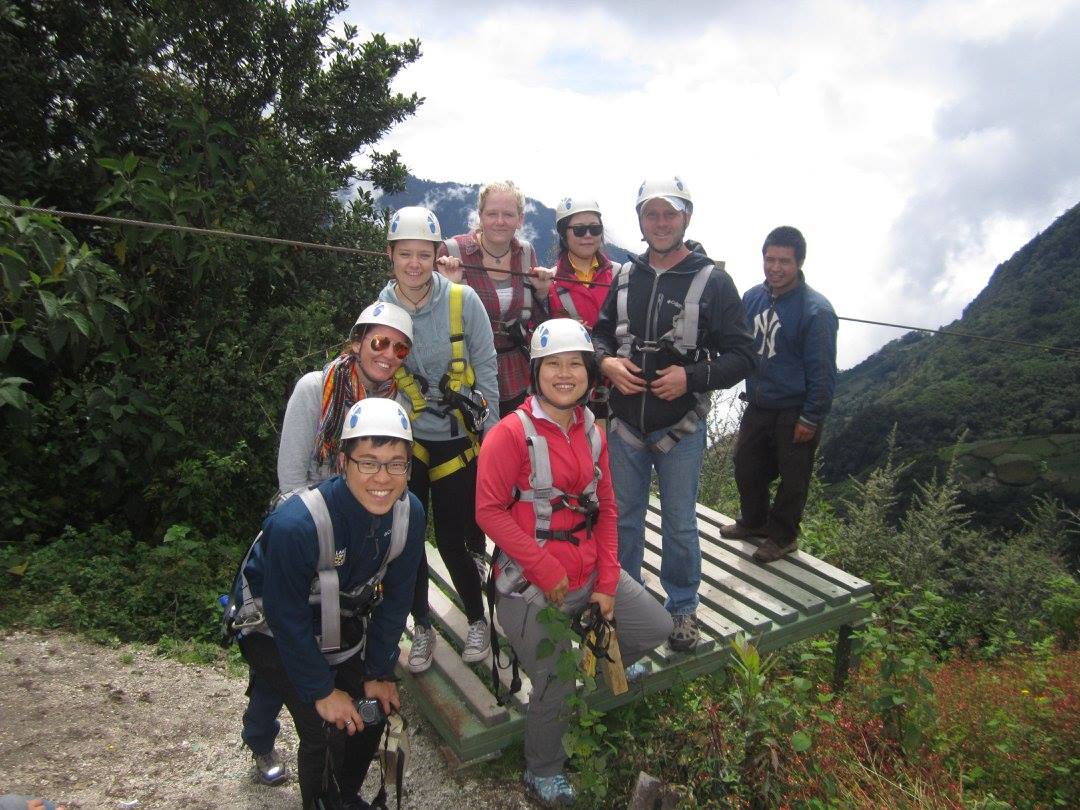 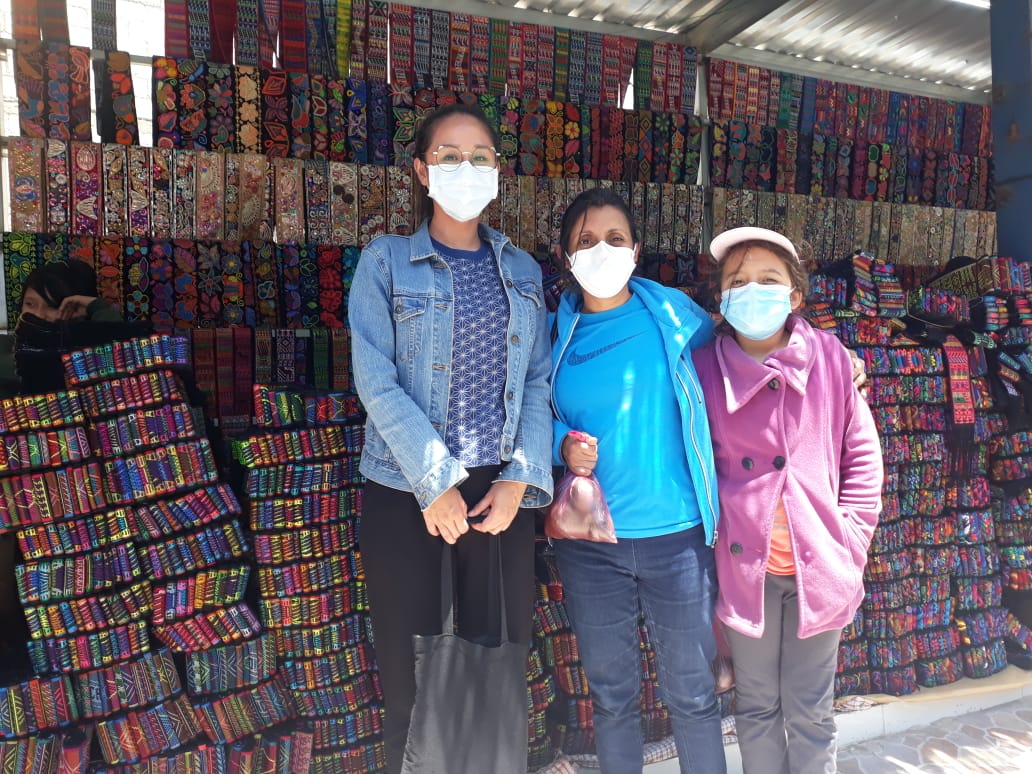 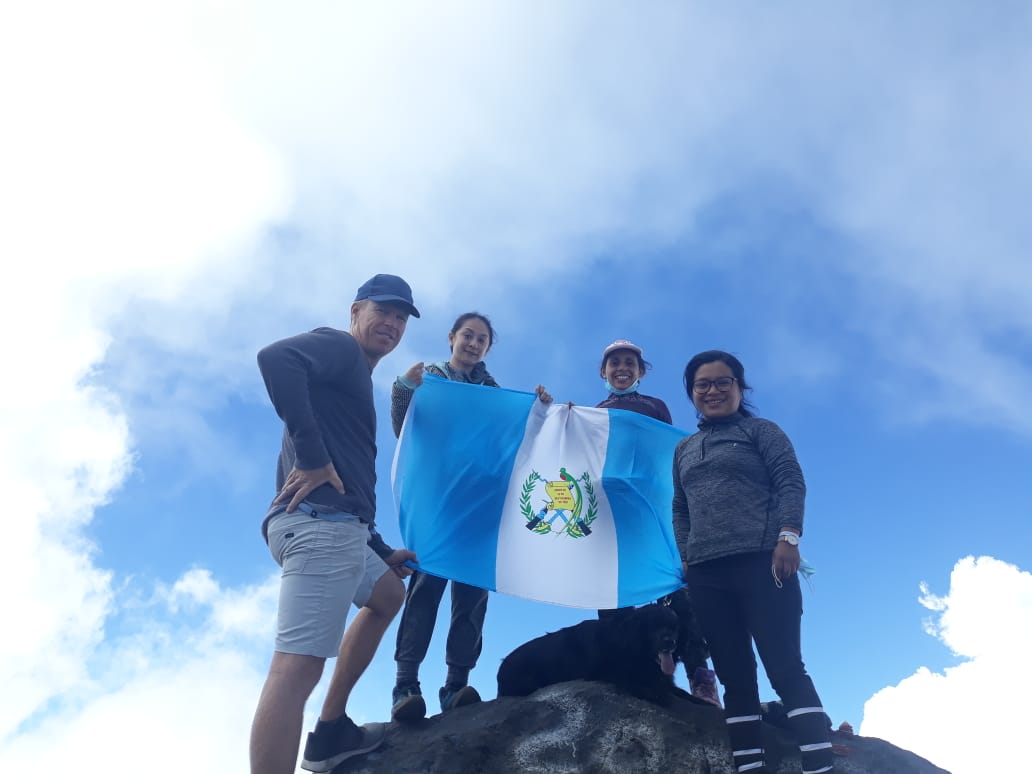 Guatemala is the ideal choice for Spanish language courses and cultural immersion. Guatemala sits at the Northern end of Central America. It borders Mexico to the North and West, Belize to the Northeast, Honduras to the East, and El Salvador to the Southeast. Guatemala also sits in between two massive bodies of water. The Caribbean Sea lies to the East and the Pacific Ocean lies to the South. For many travelers, Guatemala is the quintessential destination, being the gateway connecting North, Central, and South America.

Just as Guatemala’s strategic location is important for many a traveler, its topography is equally important and quite diverse. In fact, it is impossible for a country to have a more diverse landscape. Guatemala is around sea level at its beautiful and warm Caribbean and Pacific coasts. Its elevation climbs to over 4,215 meters (13,800 feet) in the highlands at the summit of its highest inactive volcano, Tajumulco (the third highest volcano in the world). The jungles, rain forests, beaches, valleys, and the mountains are accessible and are often only hours from one another.

For many, the best reason to travel and study Spanish in Guatemala is the people. The culture of over 12 million Guatemalan people is as diverse as the landscape. This cultural diversity sets Guatemala apart from the rest of Central America. In fact, Guatemala is one of the most culturally diverse countries in the entire world. Guatemala has around 24 different languages and ethnic groups, of which 21 are of the Mayan peoples. Since it is quite difficult to communicate to others in different Mayan languages, the vast majority of people need to communicate in Spanish.

Of course, another popular reason people come to Guatemala in order to travel and study is the price. Guatemala makes perfect sense for the budget-conscious traveler. Money stretches far in Guatemala, which is why so many travelers stay in Guatemala for months at a time. Language schools, hotels, hostels, guest houses, restaurants, little sidewalk eateries, outdoor markets, and tiendas are cheaper in Guatemala than the rest of the Americas and Mexico. Guatemala, not surprisingly, is a central destination for backpackers and serious language schools students and volunteers since it is not difficult to survive on a few dollars a day. Added to this the extremely cheap and efficient transportation system and the numerous hiking and exploration opportunities, it is no wonder many travelers are confident traveling in Guatemala. 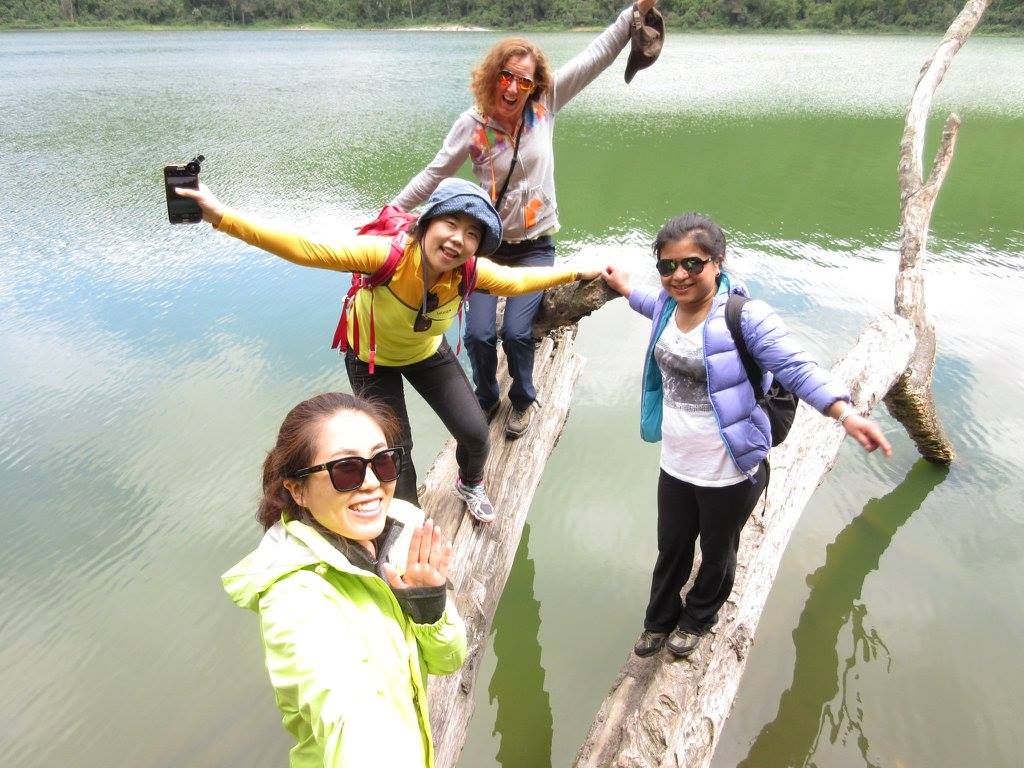 What can I see in Guatemala?

Guatemala’s rich history, spectacular terrain, and diverse people and culture have ensured a steady flow of travelers, backpackers, students, volunteers, and academics. Guatemala is home to dense jungles, rain forests, and wildlife reserves. Guatemala is home to hundreds of birds, plants, insects, and animals, some of which are almost extinct.

There are active and inactive volcanoes in Guatemala, especially in the highlands. Guatemala is home to Central America’s highest mountain peak (La Torre), highest volcano (Tajumulco, the highest point in ALL of Central America), and its most active and hence ¨dangerous¨ volcano (Santiaguito).

At the same time, Guatemala is the home of traditional Mayan (indigenous) villages and towns with large outdoor markers, vibrant and traditional traje (clothing), day and week-long festivals, unique and authentic religious practices and ceremonies, and traditional customs still unchanged since the ancient Mayan civilizations.

Guatemala is the home of some of the world’s greatest archeological sites, thanks to its great Mayan civilization. The Mayan ruins, many of which still have yet to be excavated, are nothing short of spectacular.

And, of course, Guatemala is the home of a dark and troubled political past and present, usually targeted against the indigenous Mayan people. For more information on Guatemala’s troubled past and present, including its atrocious civil war, which left over 200,000 dead, check out these books:

The movies El Norte, La Hija del Puma, and Men With Guns are all very good, yet sad movies pertaining to the Guatemalan civil war and the military and paramilitary role within it. Some good books on Mayan history and culture include Robert J. Sharer’s The Ancient Maya; Michael D. Coe’s The Mayan; and David Freidel, Linda Schele, Jay Parkers’ Maya Cosmos: Three Thousand Years of the Shaman’s Path. 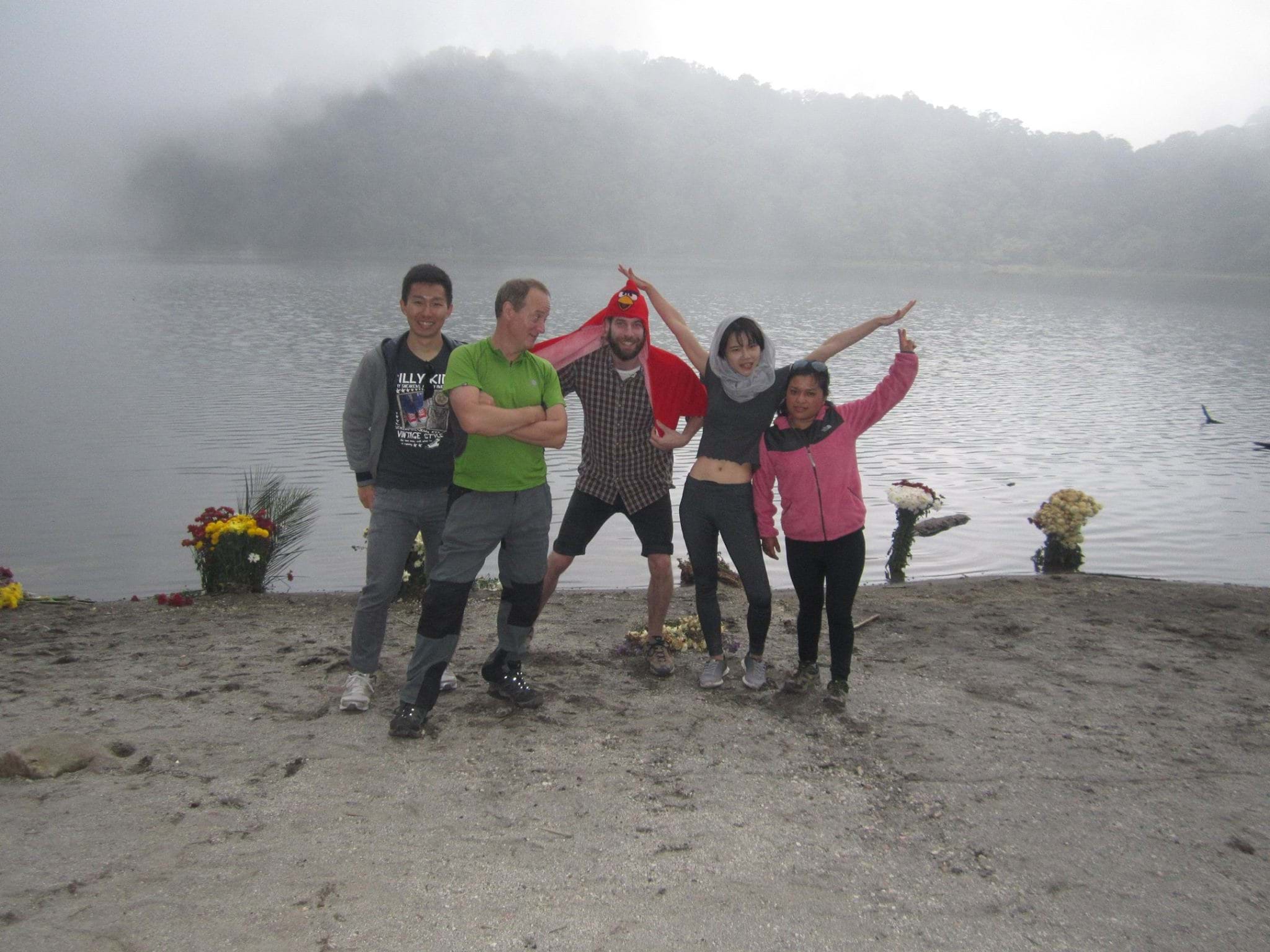 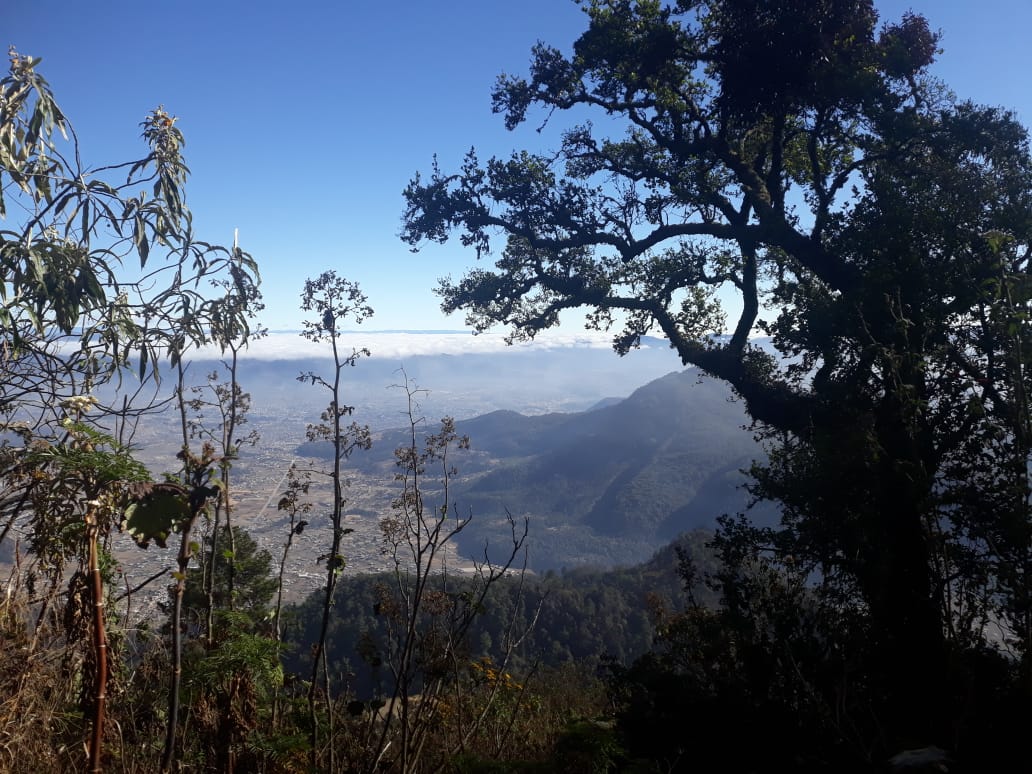 Is it Easy To Stay for a While?

Citizens of Canada, the United States, Switzerland, Israel, Japan, Australia, New Zealand, Norway, and the EU countries do not need visas for tourist visits to Guatemala. Visitors from some countries, including Eastern European countries, Iceland, and South Africa do need visas in order to visit Guatemala. Thus it is suggested for those who need visas to inquire at a Guatemalan embassy months in advance of travel.

For the majority of privileged travelers, however, a 90-day stay is given upon entry into Guatemala. One simply needs to present his or her passport to the Guatemalan immigration officials and the number “90” is either stamped or written inside the passport.

This can easily be extended for another 90 days at the Departmento de Extranjeria (Foreigners Office located in the Inguat Headquarters) in Guatemala City or simply by traveling to one of the many countries bordering Guatemala. Hundreds of foreigners have been repeating this process for years as it is almost impossible to receive dual-citizenship in Guatemala.

The height of the tourist seasons are from June to August (when foreigners fly to Guatemala to travel and study the language), and during the Christmas, New Year, and Easter Holidays. 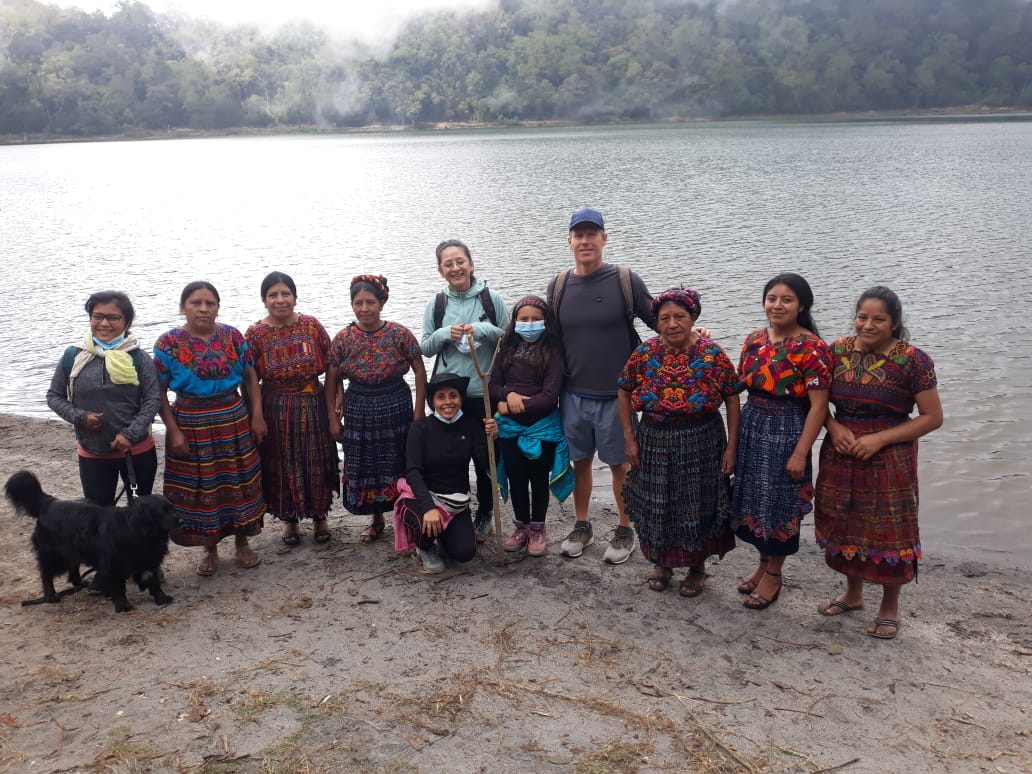 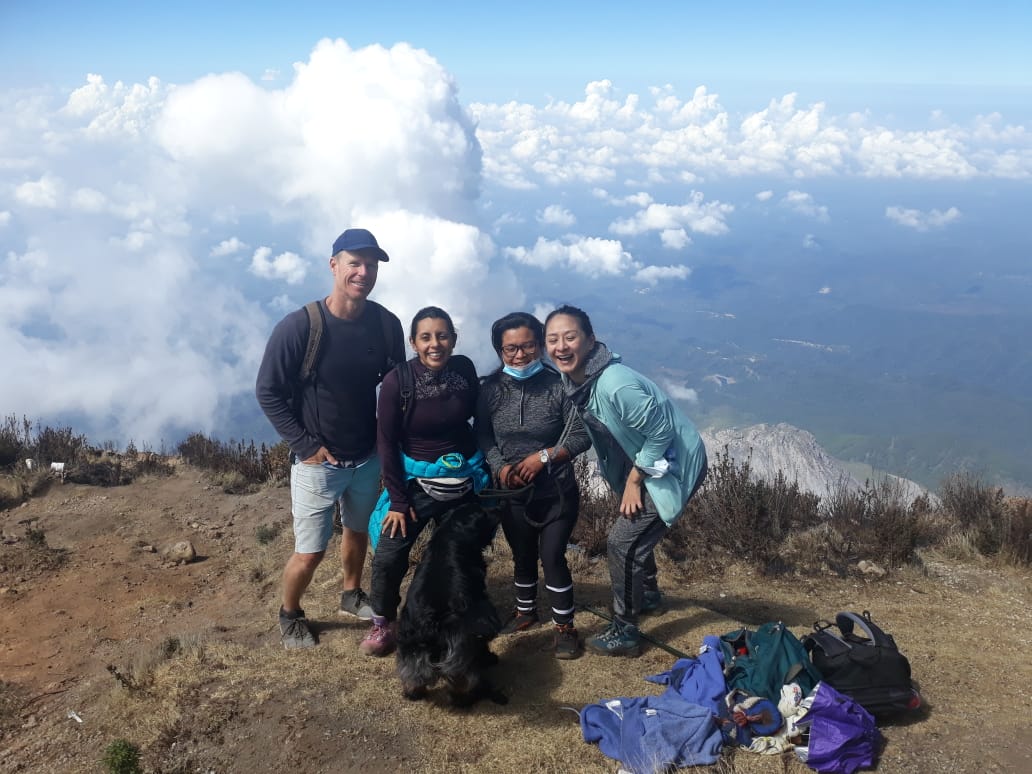 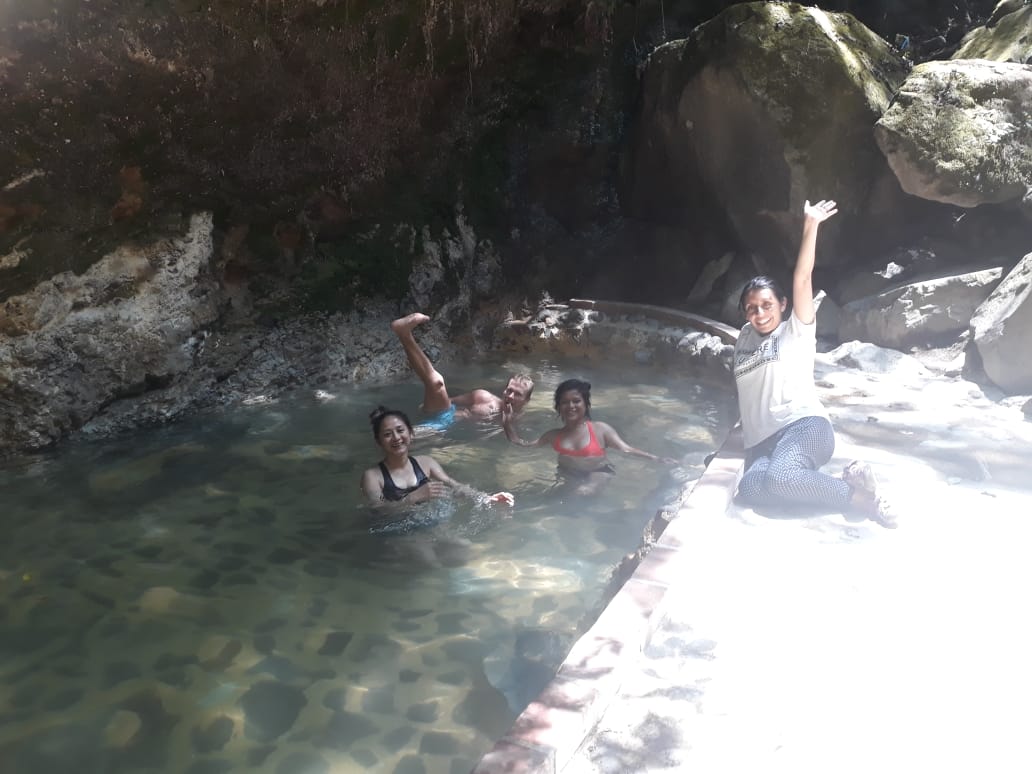 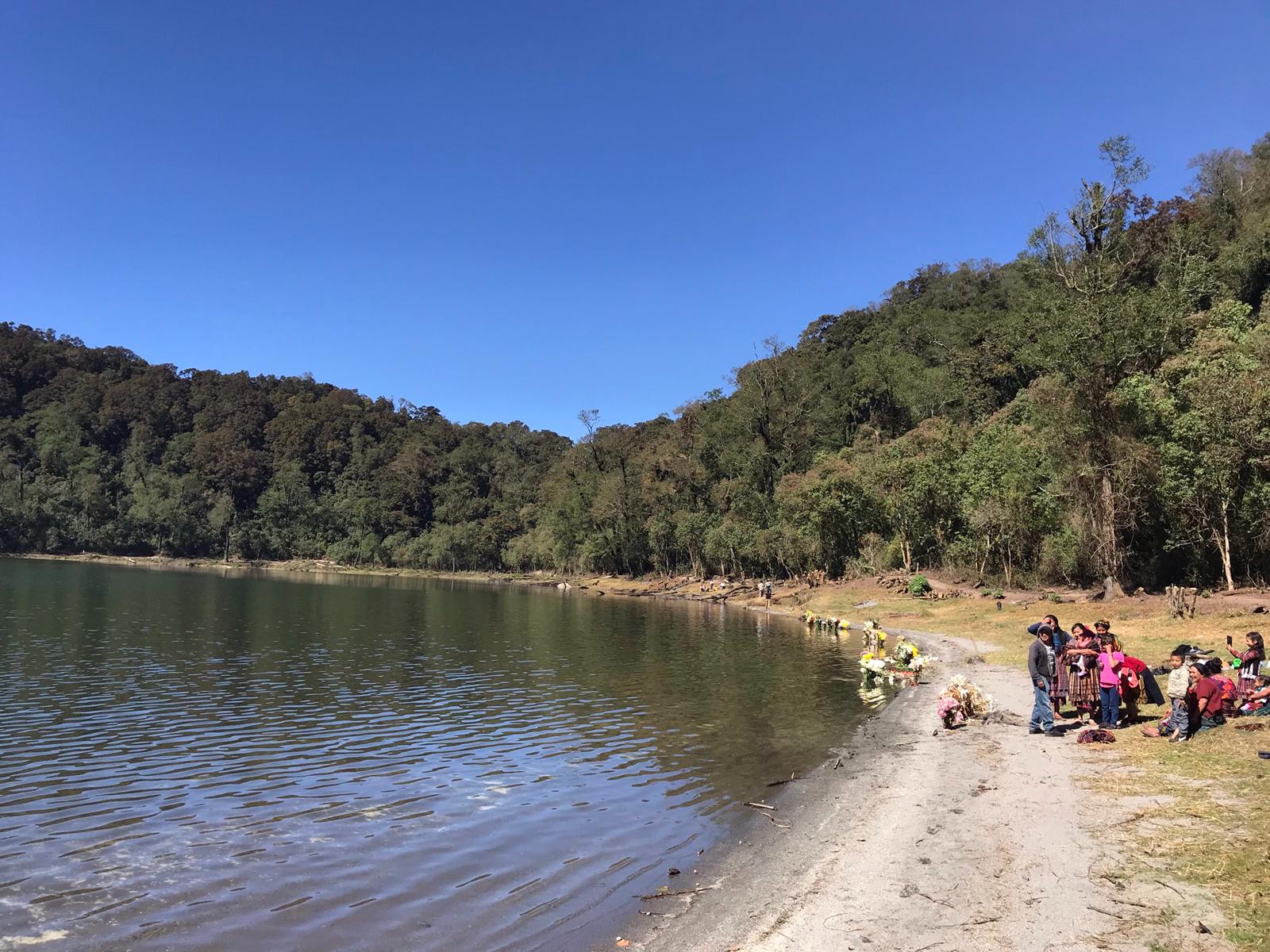 Why Choose Xela (a.k.a. Quetzaltenango) to Study Spanish?

Xelaju, or Xela (pronounced shay-lah), is the original site where Spanish conquistadors built their town and slaughtered many of its inhabitants. Xela is the center and home of the K’iche’ Mayan people. K’iche’ Mayans incorporate perhaps over half of Xela´s 250,000 to 300,000 people. Unlike its more famous sister, Guatemala City, Xela is relatively clean, orderly, friendly, polite, and safe. This is thanks to it being a center of education and art. Xela, unlike towns closer to the capital, Guatemala City, is mountainous and thus less frequented by regular tourists. The second largest city in all of Guatemala, Xela is surrounded by volcanoes and mountains. The scenery is nothing short of breath-taking.

In fact, within a short distance to Xela sits Volcán Tajumulco (4,220 meters), the highest point in all of Central America and third highest volcano in the world, Volcán Santa Maria (3,772 meters), which towers over the southern part of the city, and the active Volcán Santiaguito (2,488 meters), which sits next to Santa Maria. All of these volcanoes, as well as others within a short distance away, such as Volcán Zunil or Laguna Chicabal, are possible to climb.

Living in Xela allows one to be a short day-trip away from wonderful lakes, hot springs, and steam baths. Within a short distance away from Xela are steam baths at Almolonga, hot sulfer springs at Fuentes Georginas, sauna and steam baths at Los Vahos, and natural and hot sulfer springs at Los Baños. Within an hour by bus (and a couple hour hike) is the gorgeous and sacred Laguna Chicabal, which is a small lake that sits in the middle of Volcán Chicabal´s crater. This area is quite sacred to the local Mayan people and is especially gorgeous since fog and clouds continually approach and rest on top of the water. Lake Atitlán, which many folks believe is the most beautiful lake in the world, is only two and half hours away by bus (and costs only $2 to travel to by “chickenbus”).

There are literally dozens of amazing open-air markets selling local produce, traditional or Western clothing, hand-made artisan products, woven and colorfully died products, and an array of other things in and around Xela. Thanks to the chaotic, yet efficient bus system in Xela and Guatemala, it is easy to get around Xela or to the many small villages in the area. Within a small day-trip are dozens of wonderful and often traditional Mayan villages with authentic markets, unusual churches, can´t-miss deities, religious festivals, ceremonial hills, and a whole array of other discoveries.

There are wonderful traditional markets in the nearby villages of Momostenango (famous for its heavy woolen blankets called chamarras), Zunil (which includes a women´s handicraft cooperative), San Francisco El Alto (literally Guatemala´s garment district), and Totonicapán (famous for its artisan’s crafts and tours). One can take a two and a half hour road trip to Chichicastenango, which is full of wonderful and world-famous handicrafts. Xela has a number of fine outdoor markers as well.

Xela holds a number of museums as well, including the “infamous” Museo de Historia, located on the south side of Parque Central. This museum has wonderful exhibits on the Mayan people, Central American politics, the history of Xela, and a bunch of other things. It is a must-see for many, however, not for its wonderful exhibits, but for its stuffed animals and freaks. With animals incorporating too many legs or heads, with a collection of the meanest looking birds, with creatures of the sea many visitors cannot believe exist, and for the pure fact that one can see a stuffed quetzal, it is easy to see how the majority of visitors leave more perplexed than when they entered.

Xela has a lively night life and a wonderful cultural scene often centered around its art, activist, and international volunteer scenes. Restaurants, bars, clubs, cafés, coffee shops, and internet bars are in abundance. Xela, however, is not primarily a tourist city and continues to retain its traditions, much like many of the small villages in the area. Many of the residents continue to speak in their native tongue and dress in traditional and colorful clothing.

The most important reason to visit Xela, of course, is to study Spanish. The environment in Xela closely approaches the total immersion ideal of Spanish language study, unlike some of other language centers in Guatemala. There is also a lively volunteer scene in Xela, with many people studying Spanish and volunteering on a daily basis.